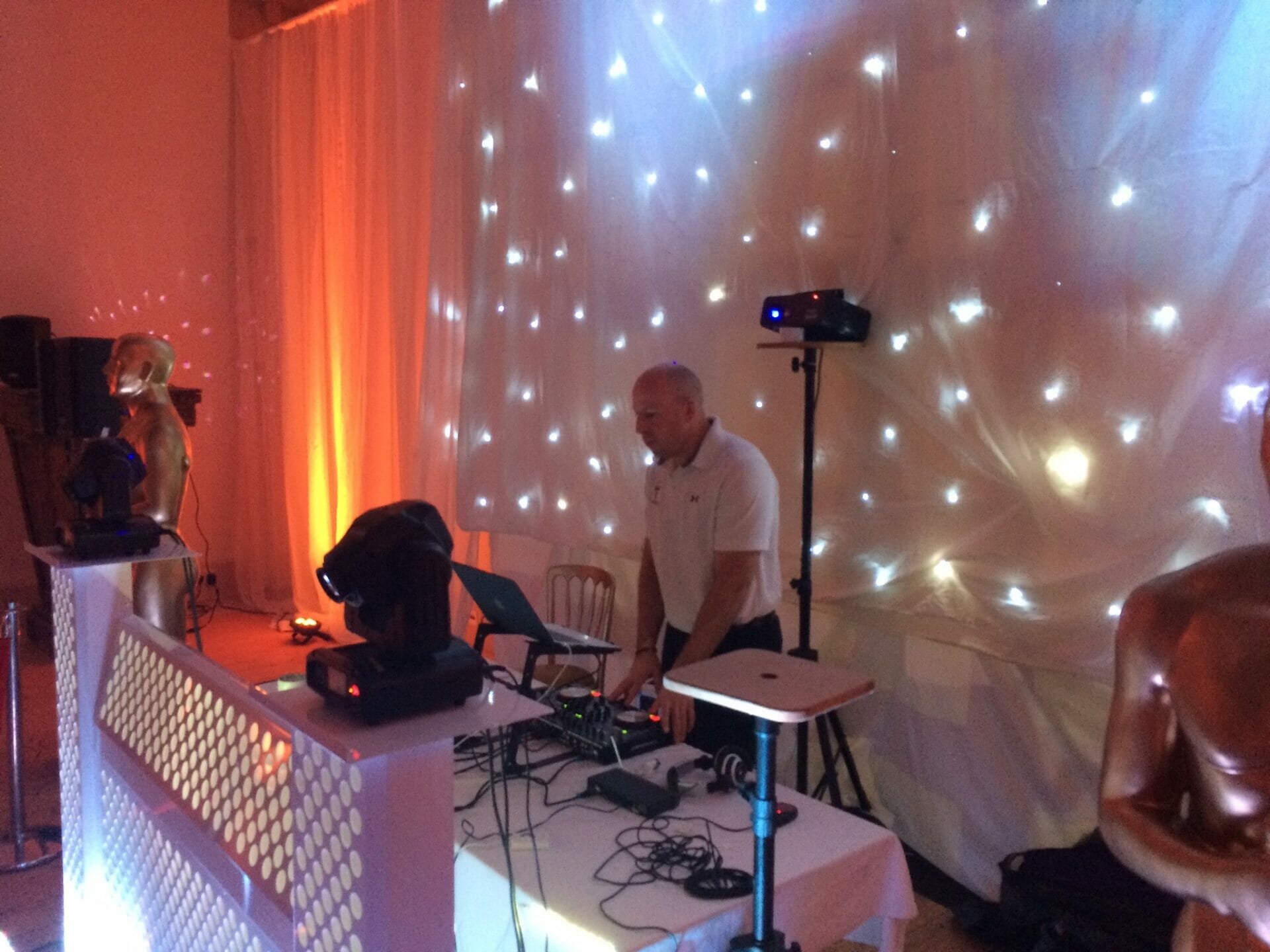 I was asked to DJ a wedding reception hosted at a beautiful venue within the Shepperton\Pinewood studios which was a first for me and hoping I get to return there in 2015.  Quick search revealed that Avengers 2 was filmed there, unfortunately I didn’t see anyone famous but did see a BAFTA award which is something I never expected!

The wedding reception was lovely and a great choice for their first dance which was Beneath Your Beautiful by Emelie Sande ft Labrinth followed by I’ve Got You Under My Skin by Frank Sinatra.  I then followed that up by Let It Go to cater for the kids  so they got to have a little dance and singalong – not sure I have come across a more well known song in recent times…and everyone seems to know the words.

Music wise I played a variety of songs from 70’s, 80’s, 90’s, through the 2000’s and bought it right up to date with current number 1 single Uptown Funk by Mark Ronson ft Bruno Mars.

All in all, it was a great evening, thoroughly enjoyed myself, got people dancing and saw lots of foot tapping by people sitting down and socialising which I take to be a good sign, nice way to approach the end of 2014.