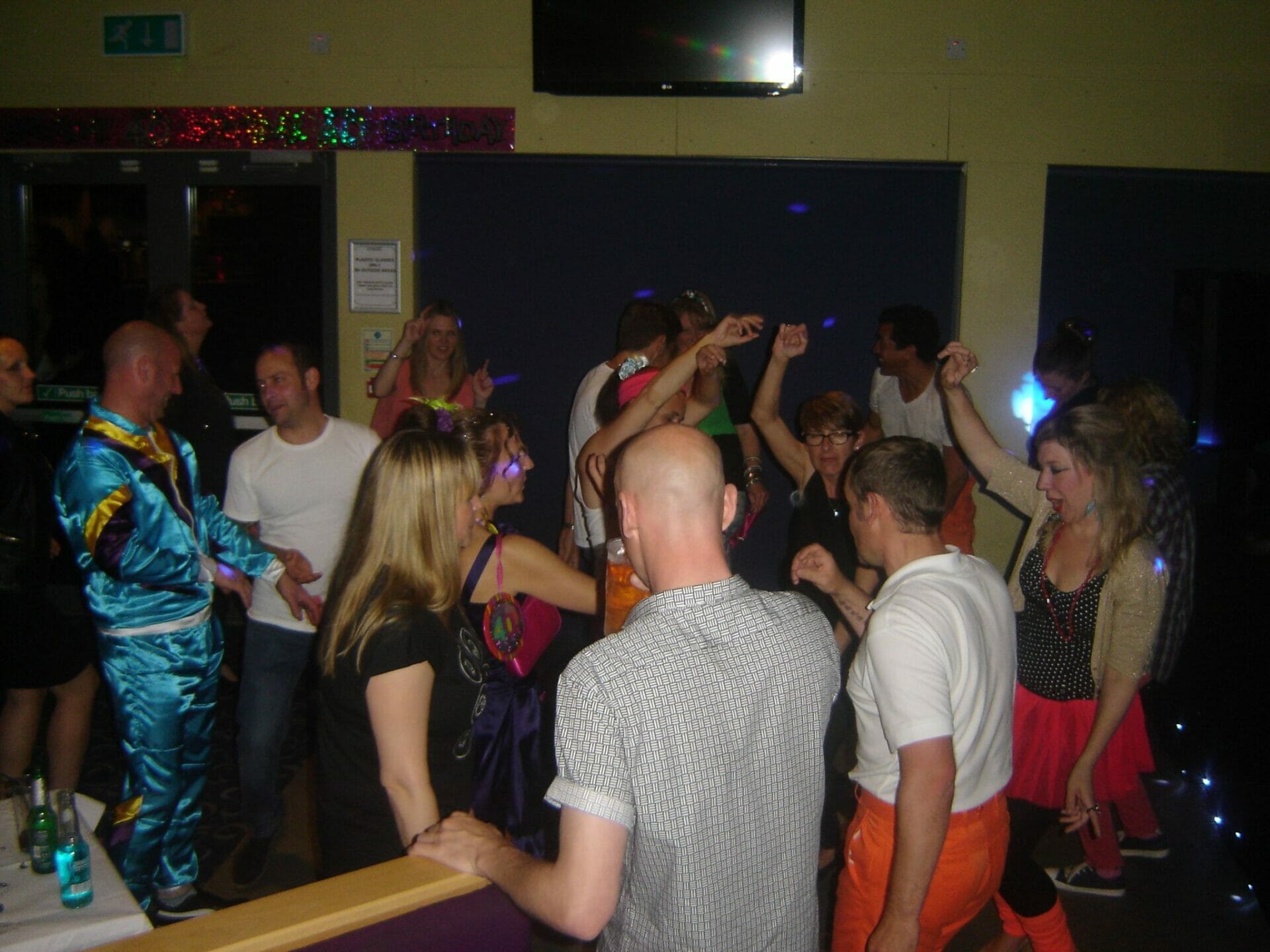 It was a busy weekend with a triple header of discos…first one was a friends 40th birthday party on Friday, a 13th birthday party on Saturday and on Sunday I supported local infants school summer fayre – all very different, all good fun!
The 40th was an absolute blast and nice to be able to see friends having a great time at my disco. The theme for the evening was ‘bad taste’ so cue some distinctly dodgy outfits but everyone looked fantastic. Music wise, I covered 60’s right up to modern chart tunes so catered for all tastes and requests were flying in too. It was a really great evening and was just a shame when midnight arrived which meant it was the end of the evening, I could have happily gone on for another hour and I have to say that the birthday girl looked gorgeous even in a dodgy dress!
The 13th birthday party was different in terms of the music requests, all modern tunes from the past year or so – the birthday girl had a list from Spotify of about 100 songs so on one hand that made things easy for me but I also like to throw in some other songs that compliment the playlist and Cha Cha Slide always goes down well! Observation from the night is that teenagers are obsessed with their mobile phones…I know I’ve said it before but it seems to be a continuous stream of selfies that are being taken! Maybe I’m just getting older!
On the Sunday it was another different gig as it wasn’t so much a disco as more playing music and acting as the compere for the summer fayre for local infants school. One benefit is that there was no point taking any lights so it was the quickest set up and pack down time ever! It was a lovely event and very well supported; the weather was kind to us and the fayre raised a decent amount of money for the school which is always nice.
So a great weekend of gigs, all different, all good and don’t mind admitting that I was tired come Sunday evening but was still smiling!